Popeye loved his spinach. 9 Reasons we do too.

Do you remember Popeye? He was the goofy cartoon character who understood the power of spinach.

Popeye had it going on. He was brave, he was cute, he was strong and he had Olive Oyl. And Popeye really loved his spinach. 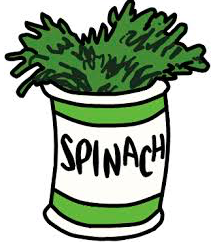 In fact, spinach was his secret weapon. With spinach he could do anything, immediately pumping up his strength to fight evil and save the day or show off other unbelievable feats and talents. What a great message for children that food could give them strength and the conviction they could achieve anything.

When Popeye first appeared in 1929 in a comic strip and later in 1936 cartoons, the sales of spinach rose by over a third. The effect of his muscles growing immediately from scrawny to huge was perhaps a misconception of the amount of iron in spinach. Apparently, a scientist had placed the decimal point in the wrong place thus associating spinach with huge amounts of iron. However, the positive image of spinach containing iron was still correct.

Popeye would love that March 26 is National Spinach Day.

Popeye was on to something. 9 reasons to love spinach:

Clearly, Popeye knew a good thing when he ate it. Your muscles may not pump up to “Popeye” size, but you will help your body in many important ways.

Check out these DinnerTime recipes that contain healthy spinach. Maybe you can save the day and show off your amazing (cooking) talents too. 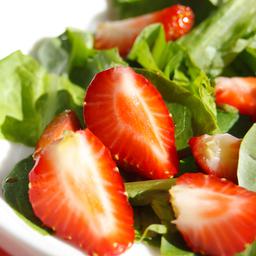 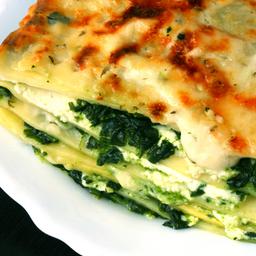 A lighter version of everyone’s favorite.