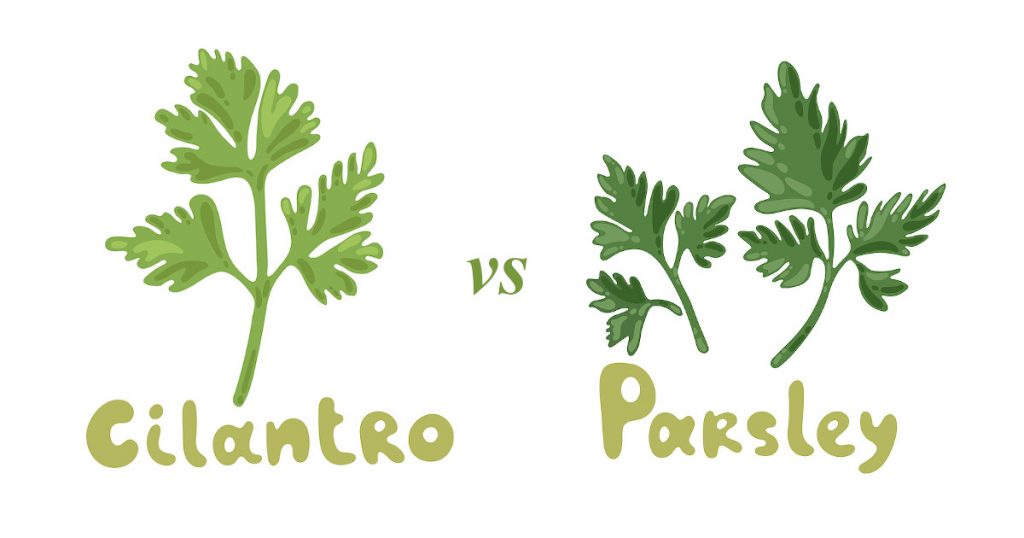 Do you like cilantro or parsley? It’s not really a debate between which is better, it’s more about preference. I prefer parsley to cilantro. They do look amazingly similar (particularly flat leaf parsley), but the taste of cilantro is different than that of parsley. Whichever herb you choose to use you can’t go wrong. Both are packed with health benefits.

While both parsley and cilantro are often added as a garnish, parsley is more likely to be incorporated during the cooking of a dish, and cilantro is generally added towards the end of the preparation, keeping the flavor intact. Parsley has a lighter, slightly peppery flavor with just a hint of lemon. Italian, flat leaf, has much more flavor than the curly variety. You’ll find parsley used in Mediterranean and Italian dishes. Cilantro has a more intense flavor of lemon and sage. It’s primarily used in Indian, Thai, Chinese, Mexican, Caribbean, Mediterranean, North African, and Eastern European cuisines. 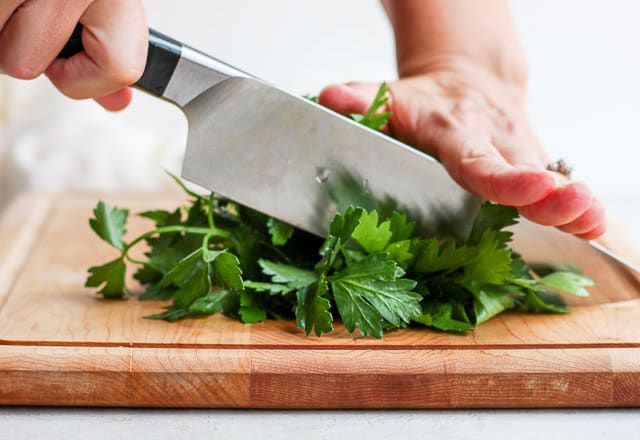 It’s all about taste. Some folks like cilantro and some don’t. It’s a genetic preference that around 14% of the general population find cilantro to have a bad flavor, sometimes described as soapy or like how they imagine crushed bugs would taste! Ewww, yuck! Essentially, some folks are really turned off by the taste. I’m one of those people. I had developed a Pavlovian response to cilantro just by smelling it. When I brushed up to the fresh cilantro at the market, I immediately had a reaction — Stay Away.

My hubby doesn’t like cilantro either, but one of our daughters loves it. (We joke she isn’t really our daughter.) She’s become an accomplished and adventurous cook and has pushed us out of our comfort zones with lots of recipes that include herbs and spices not in my normal wheelhouse. She loves curry, cilantro, coriander and ginger to name a few. Fortunately, like other “cilantro-no-way” folks, I do like coriander, the seed from the cilantro plant. 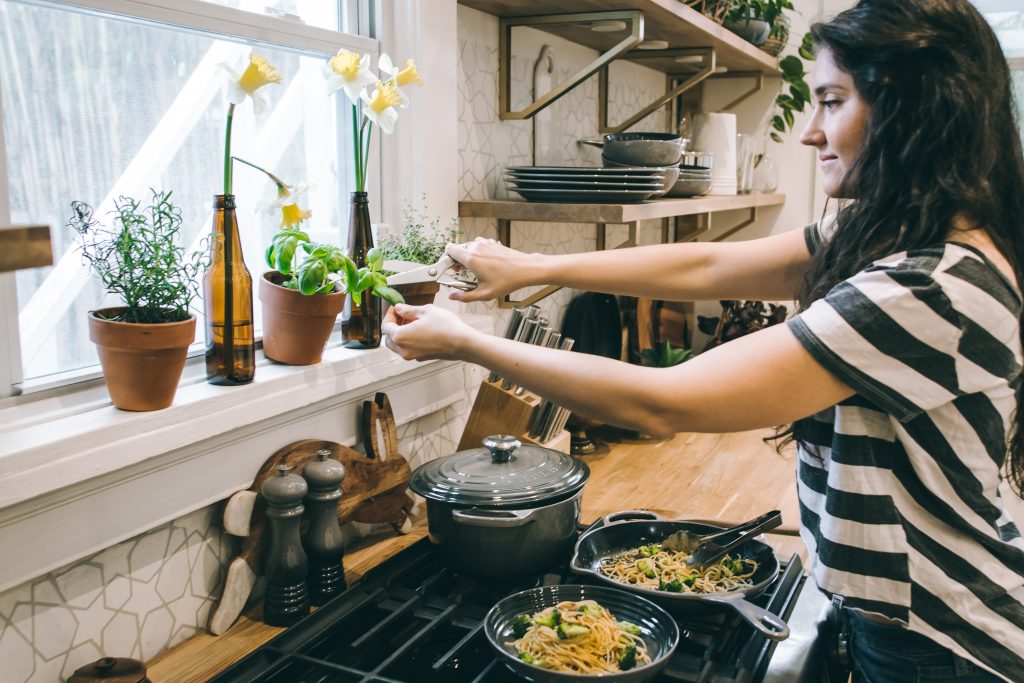 My daughter inspired me to find out if I could do to lessen my intense response to this herb. In my research, I found that most folks were unable to let go of their distaste and yet,  a few others found they came to tolerate and even like it.

A friend suggested that I add a bunch of cilantro to my morning smoothie. My smoothie usually consists of whatever greens we have on hand and fruit. At first I could barely get the smoothie down, but I persevered, day after day. Now I don’t even notice the cilantro and don’t have a reaction to the smell. I seemed to have built up a tolerance! 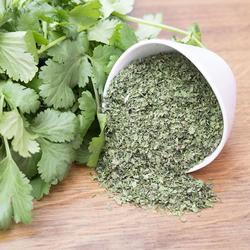 Enjoy your Parsley and Cilantro with these tips:

Substitutions: Your DinnerTime recipes will provide you the correct dried vs fresh substitutions, but a rule of thumb is one tablespoon of fresh parsley or cilantro equals one teaspoon of dried.

Extra herbs can always be frozen or dried for future use. The flavors of fresh herbs can really enhance a dish. If you are growing your own, then they are very economical, but if you buy your herbs fresh, you will want to store them well.

Fresh cilantro and parsley should be washed with fresh water. Clean out any wilted or rotting leaves. Trim the ends and place stems in a cup of water, making sure no leaves are in the water to avoid rot. Lightly cover the cup with plastic wrap or an extra produce bag and store in the fridge.  Another option is to wrap in dry paper towels and store in a baggie in the fridge. 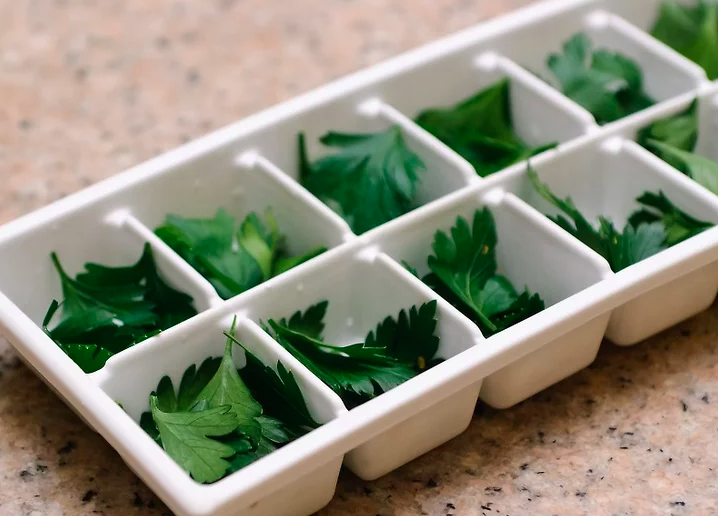